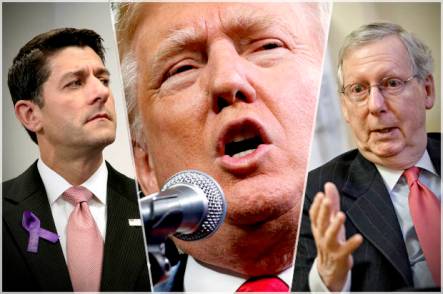 With the election of Donald Trump as president, Congressional Republicans are scrambling to come up with a repeal and replace plan that is acceptable to their various factions and president-elect Trump.

House Republicans have a lot of experience in successfully approving bills to repeal the ACA more than 60 times (without a replacement plan) over the past 6 years knowing that the Senate lacked the necessary votes to approve their bill.

While Republicans have labeled the ACA a disaster since it began 6 years ago, they have opposed every opportunity to work with the President and Democrats to design and improve the health insurance legislation. They have also been successful in arm-twisting Republican members of Congress and Republican governors to oppose the establishing state insurance exchanges, expanding Medicaid and providing tax credit subsidies to eligible low-moderate income uninsured Americans. Their actions have had had a negative impact on the large percent of workers who’s employers do not offer health insurance and the 40% of workers who are treated as “contingent” with no employer commitment to a work schedule or any benefits including health insurance.

However, the ACA has succeeded in enrolling more than 20 million people in exchange plans and another 14 million people have enrolled in expanded Medicaid in 31 states. This includes 16 Republican governors. 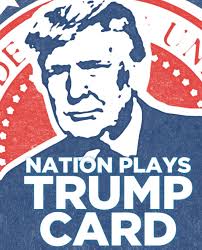 Now that Trump has been elected after campaigning on repealing and replacing the ACA, the fun really begins. While many people have jumped on the repeal bandwagon, the vast majority of people opposing the ACA don’t know what the impact will be on their ability to buy health insurance and receive services at a reasonable cost in the future.

The repeal and replacement of the ACA will also affect small businesses, state and local governments, health care providers and facilities, insurance companies & brokers, employees of large businesses and national and regional economies. The great uncertainty that remains is what specifically will be lost and gained.

Trump has campaigned as an independent, populist who is the “peoples’ choice” who is not indebted to any special interests. Time will tell.

Who are the Winners of the ACA Repeal?

The obvious, big initial winners from the repeal of Obamacare are career Republican politicians who have opposed all forms of tax-supported social supports including Social Security, Medicare, Medicaid and every universal health insurance proposal presented over the past 100+ years, including those proposed by various Republican presidents.

It should be noted that the US spends more than double what every other country spends for health care and prescriptions drugs and has poor health outcomes. Our system is a patchwork of multiple insurers, providers, payers that is costly, inefficient and ineffective that leaves millions uninsured with chronic and costly medical conditions.

From a political standpoint, opponents want to kill, not improve or replace, “Obamacare”. They want to obliterate President Obama’s landmark legislation from the history books.

Large, national for-profit insurers have to make the most changes to comply with and participate in selling uniform ACA insurance policies in both state and the federal insurance exchanges. Some insurers chose not to participate, others entered the exchange market late after millions were already enrolled and others, such as Aetna, United Healthcare and Humana dropped out of exchanges for 2017 as federal subsidies for catastrophic claims were expiring and their plans for merging with smaller companies were being scrutinized by federal regulators.

With potentially millions of insurance subscribers displaced as a result of the ACA repeal, it will likely cause a “death spiral”, state and federal insurance exchanges and plans for individuals who are not covered by group insurance plans. If it does, insurers will be losers of both subscribers and income. If insurers can negotiate positive changes for them with rate-setting, regulations and federal subsidies for high-need subscribers and regulator support for planned insurer mergers, they will be big winners.

Who are the Losers with the ACA Repeal?

CBO Report on the Impact on Repealing the ACA

The non-partisan Congressional Budget Office (CBO) and the staff of the Joint Committee on Taxation (JCT) just released a report on the impact of repealing the ACA on insurance coverage and premiums.

Without any replacement plan in place, the impact will be devastating including:

The first 100 days of the Trump administration should be very interesting. There will be a major transformation of The White House and management personnel.

And, the repeal and replacement of the ACA is just one of many domestic and foreign promises that Trump has made, but will be implemented by people who have largely not had any similar responsibilities or experience.

The public expects the positive results that Trump has promised and we will soon see the public’s reaction to the new administration’s performance.

With Congressional midterm elections scheduled for 2018, Republicans, who are up for re-election, have their political survival at stake.